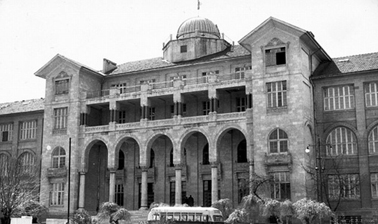 The building of the Gazi Education Institute

The origin of the Astronomy and Space Sciences Department in Ankara University is based on “Institute of Astronomy” which was founded within Ankara Science Faculty in 1944. At that time, Ankara University had not been established yet. Institute of Astronomy began its education activities in the main building of Gazi Education Institute under the direction of Prof. Dr. Okyay Kabakçıoğlu for the purpose of giving a minor in astronomy to the students in the department of Mathematics. The institute then moved to the current building of the Faculty of Science that were finished in the academic year 1950-51. When Prof. Dr. Okyay Kabakçıoğlu left the Astronomy Institute, the institute regressed and faced the danger of shutting down. A Dutch astronomer, Prof. Dr. Egbert A. Kreiken then made a job application to the institute via UNESCO and was accepted for the director position. The department then started to be stronger again under the direction of him. Prof. Dr. Kreiken dedicated 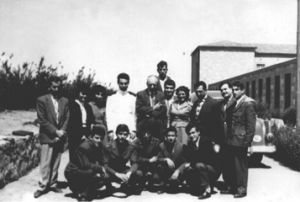 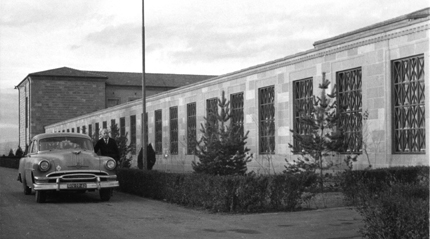 Ankara University Observatory owes its present existence to Prof. Dr. Egbert Adriaan Kreiken to a great extent. During his 10 years of tenure as Institute Director between 1954 and 1964, despite all the negative conditions, the effort that he showed on the physically and administratively planning of the Ankara University Observatory and making it out of nothing deserves admiration. Unfortunately, this extraordinary scientist who had devoted himself to 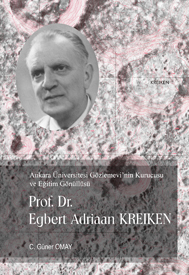 the improvement of scientific research and education in less-developed and developing countries has not been adequately (and deservedly) introduced. Until recently, the information given about him in various media has been very limited and often been on the basis of hearsay (and mostly wrong). The studies started by Assoc. Prof. Dr. C. Güner Omay, one of his students, to create a story of his life in the middle of 2011 by feeling responsibility in this regard ended this ambiguity. The life story of Prof. Dr. Kreiken based on accurate information and documents from the original sources was published as a book by the Science and Technical Research Foundation. This biographical book has shed light on the history of the institutions that he worked, as well as the better recognition of himself and his services.

A panorama from the initial years of the Ahlatlıbel Observatory (1962) 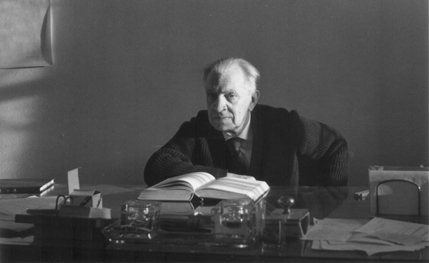 Prof. Egbert Adriaan Kreiken, the founder of the Ankara University Observatory at his desk in the Observatory (1964)